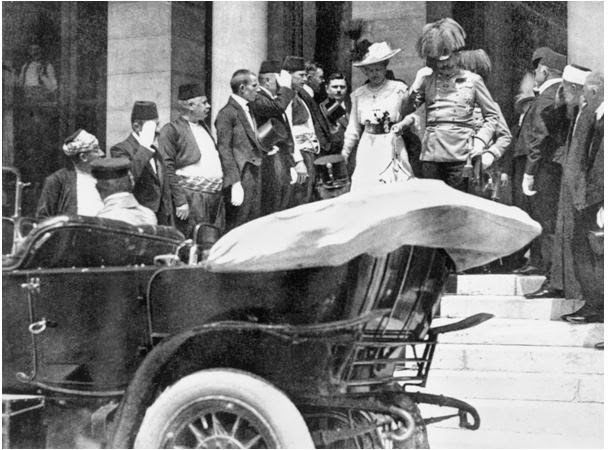 The 28 June 2014 is the 100 year anniversary of the assassination of Archduke Franz Ferdinand and the start of events that led to the outbreak of the first work war. However it was 3 weeks before Austria Hungary issued their ultimatum to Serbia giving them just 2 days to respond before they declared war on Serbia on the 28 July 1914.


Over the next few weeks and months you should see some changes to the BradfordWW1 website. I will be updating and reorganising the pages and adding more information. One of the first changes is the timeline of headlines from the Bradford Weekly Telegraph. The headlines will be updated each week during the course of the centenary the first starting the week ending the 28 June.

Bradford is holding it’s ArmedForces Day in City Park on the 28 June and I will be there floating between the Peace Museum’s stall and Bradford YMCA’s Tea Hut handing out leaflets and chatting to people about my book "Great War Britain: Bradford" now available to pre-order on Amazon. Let’s hope the weather holds off as I need to recover from my lingering cold for next week. As part of Children’s Book Week I will be giving interactive talks at Bradford City Library to 60 school children each day on ‘Children in WW1’.

Email ThisBlogThis!Share to TwitterShare to FacebookShare to Pinterest
Labels: 1914 June, On this Day